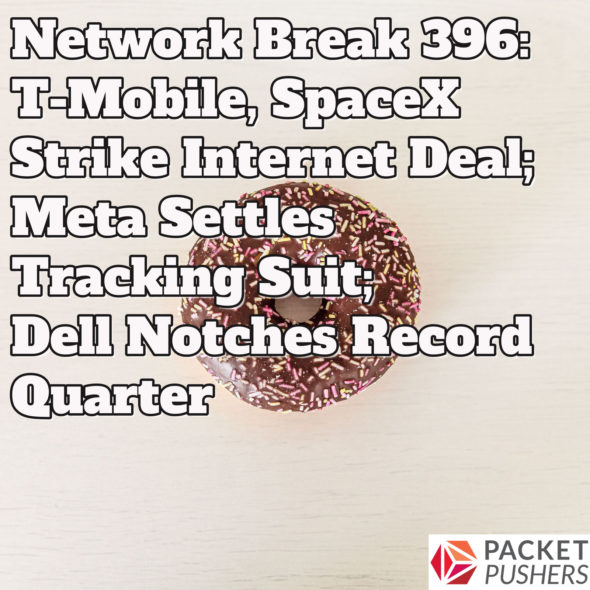 Take a Network Break! This week we explore an announcement from SpaceX and T-Mobile to provide satellite-based Internet service to T-Mobile smartphones (though it’s going to take awhile). We also discuss a new co-packaged optics switch from Broadcom, a whistleblower takes Twitter to task for poor security and a relaxed approach to spam, and a Meta lawsuit settlement over location tracking.

Intel strikes a deal with a finance company to help build silicon fabs, Dell has a record financial quarter, and insiders say VMware is slowing down deals ahead of joining Broadcom. Get links to all these stories below.

Start or grow your IT career with online IT training from ITProTV. Learn IT, pass your certs, and get a great job! Visit itpro.tv/NETWORKBREAK for 30% off all plans. Use promo code NETWORKBREAK at checkout.

Today on the Tech Bytes podcast we’re talking AI Ops with sponsor Augtera. You’re probably hearing about AI Ops all over the place, but Augtera is taking a domain-speific approach by focusing on networking. To tell us more we’re joined by Rahul Aggarwal, founder and CEO of Augtera.