Listen to the news today and it’s likely that audiences will hear a term in particular dominating headlines – ‘recession’.

While global factors continue to wreak havoc with supply chains and industries, one sector that doesn’t seem to be slowing down any time soon is ecommerce. According to recent data, the global ecommerce market is expected to be worth a total of US$5.5 trillion in 2022. It further emphasised that this staggering figure is set to continue its growth well into the next decade while highlighting how borderless ecommerce is turning into a lucrative option for retailers.

In the midst of this modern gold rush against a recession backdrop is MindArc’s Matt Craig and Sean Pieres, two of the quietest achievers in this colossal retail-tech space.

“Moving into ecommerce means you can access customers regardless of their location and allow them to shop in their own time, and when and where they choose to.”

“Our growth at MindArc saw us go from a headcount of 40 to 70,” recalls Pieres of their pandemic downturn period, when other businesses were forced to shut their physical doors.

“We diversified our industry experience, which was traditionally in fashion and beauty, into areas of fast-moving consumer goods (FMCG), furniture, alcohol and wine, and pet and professional services.

That wasn’t the only accelerant to MindArc’s phenomenal growth. The size of clients that the business traditionally courted – medium to large enterprises – were soon joined by a mix of investment funds, ASX-listed companies, B2B and marketplaces who were all scrambling to move their products and services online in record time.

“The influx of clients at the beginning of the pandemic was a major catalyst for our growth over the last couple of years,” adds Craig. “As a business, we were already in the process of setting up solid foundations to scale up, and this was an opportunity for us to fast track that growth and support the retail industry through some tough times.”

How ecommerce is saving businesses 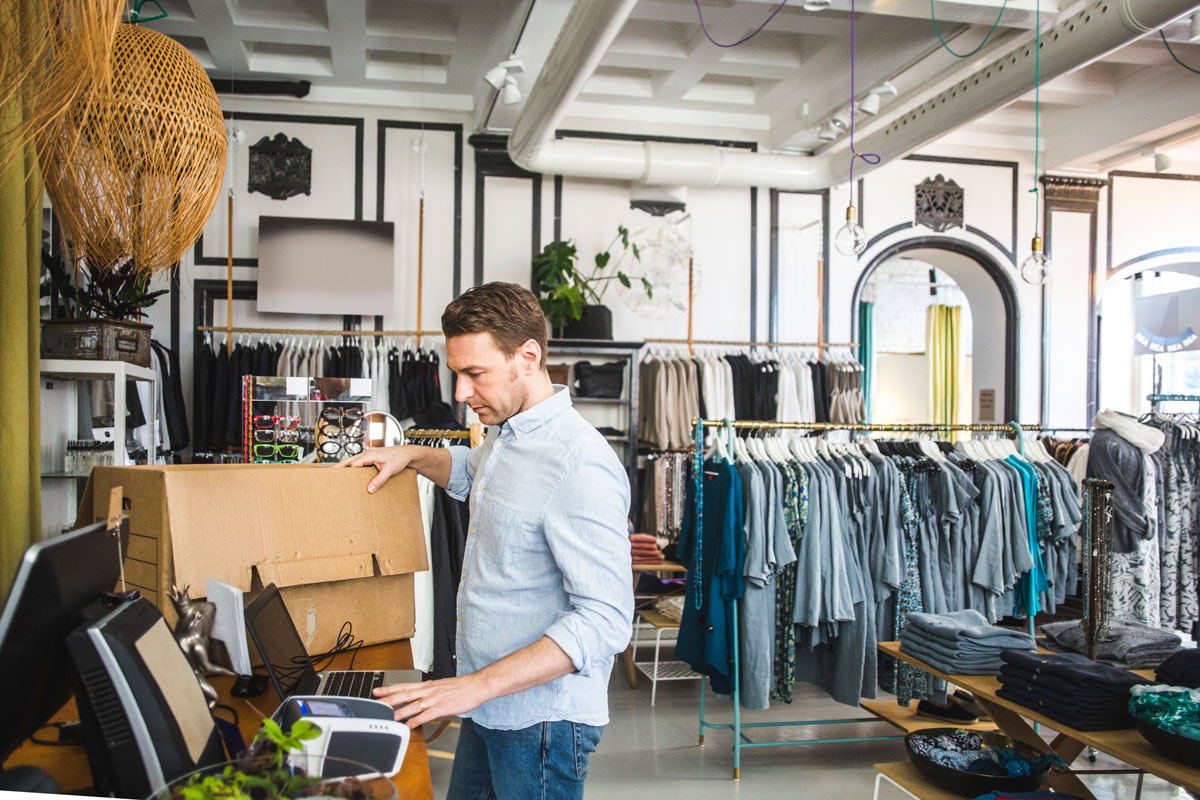 Numbers say a lot about the return on investment for businesses when transitioning to a new sales platform. For MindArc and their most successful clients, it was a lesson in what can happen when retail technology is fully leveraged to its potential.

Other major projects during this time included moving in-house brands and storefronts online for Accolade Wines and refreshing the gift store for Hoyts Cinemas.

“International expansion is now a real capability for merchants where all the complexity is handled within the platform and you can ship like the big businesses.”

“Out of the box, there is a lot of channel integration, which means more eyeballs from a lot of customers that retailers are not currently reaching.”

“Most of these brands were looking to enable omni-channel functionality like click-and-collect or ship-from-store to give more flexibility back to the customer and offer more contactless shopping options,” adds Craig.

In addition to this, businesses that utilise ecommerce platforms can integrate onto eBay, Amazon and The Iconic to really accelerate their sales revenue.

“There is a lot of scope for cross-border fulfilment via Shopify Markets, which allows you to handle multi-currency,” explains Pieres. “Multi-settlement, shipment rules, payment rules, duties and taxes.

“International expansion is now a real capability for merchants where all the complexity is handled within the platform and you can ship like the big businesses.”

What’s even more appealing is how accessible this solution is to most businesses. According to Pieres, the barrier to entry to the total cost of ownership of an end-to-end ecommerce solution has been made more affordable than ever through Shopify Plus.

“It can fit almost 90 per cent of business structures and has a plethora of apps on the app marketplace. These act as a stop gap to any functionalities or strategies required to fit operations, customer service, fulfilment and payment requirements.”

Craig has a more holistic view of how ecommerce has become a true solution for businesses: “Moving into ecommerce means you can access customers regardless of their location and allow them to shop in their own time, and when and where they choose to.”

Cost of moving a business online 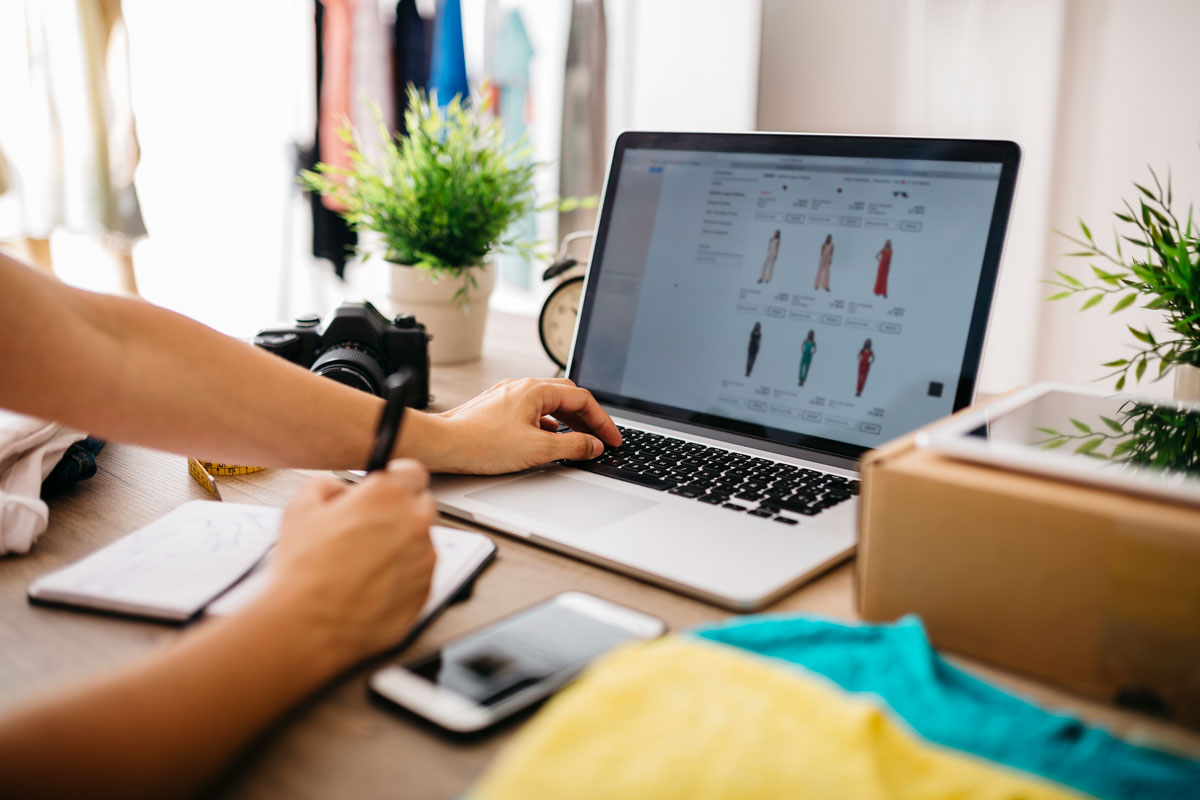 Contrary to the belief that moving an entire business operation online can be an expensive exercise that’s only viable for larger businesses, Craig and Pieres are quick to highlight the truth.

“Modern ecommerce platforms and technology make it easier and more affordable than ever before to sell online,” says Craig. “Smaller or medium businesses can start small and leverage out-of-the-box functionality to get up and running. As a business scales, it can use the increased earnings to invest into more complex systems and integrations to handle the demands of a larger ecommerce operation.”

Pieres adds that the beauty of the Shopify ecosystem means that there’s partners, apps and support to match the level of operation that any business is at. “The core platform remains the same, but the usage-based pricing means you can use the same apps and platforms from startup through to enterprise.”

“These days, it is not very challenging at all. It’s possible to be up and running in a day if you are flexible and happy to keep things simple,” says Craig. 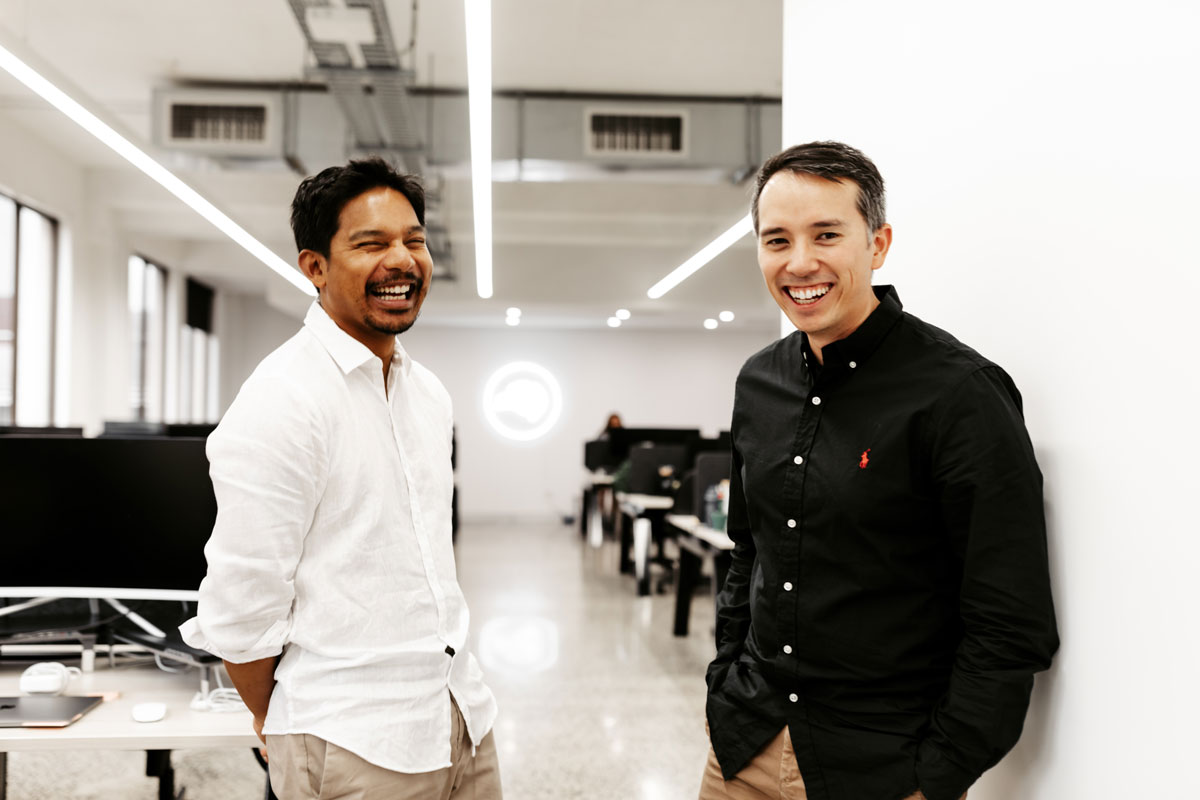 MindArc’s conception and exponential success is heralded by two of the quietest achievers in the tech industry. Short of being named finalists at The CEO Magazine’s 2021 Executive of the Year Awards, the founders have rarely seeked publicity and instead tend to focus their waking hours optimising their product, growing their team and staying ahead of the competition.

So how did MindArc come about?

“We wanted to be able to provide a solution when everyone else thought it wasn’t possible to solve.”

Every now and then, Pieres gets recognised for his past exploits as a professional athlete – not in the Olympic sense, but as a pro-gamer representing Australia on the world stage.

“Back in high school, I was really heavily into gaming, as any young teenager was, but the difference with me was that I took it to a level of seriousness where I used to compete on a competition level for real prize money and sponsorship,” Pieres explained in his last interview conducted almost a decade ago.

As the appeal of hardcore gaming for a living waned, Pieres decided to retire that part of his young career and sought out a new game to conquer – life.

“I decided now life is the game and you really want to make sure that you’re playing the game to stuff that rewards you and gives you a greater sense of achievement in life. But for me, I did always have a sense of knowing where my addiction should have parameters and boundaries to contain it. I always made sure that there was a path that was to move onto greater things and not hit a ceiling.”

Craig’s early years aren’t too dissimilar when it comes to discovering a greater sense of purpose. While he wasn’t a celebrity gamer, he did face the more common dilemma of most young people, bouncing around from an engineering degree to a business degree before semi-settling on becoming an accountant. He’d eventually ditch that facade as well.

“You don’t really get that day-to-day creative challenge of trying to solve a problem or that kind of stuff. I think I might not have thought of it in this exact way at the time, but at the time I just had this feeling that I wasn’t doing the right thing.”

After three months at a digital agency, Craig was promoted to account manager. It was here that he was able to deal with clients while learning the ropes of digital marketing. His intended short stint ended up turning into five years where he learned about sales and marketing while managing a team. Short of taking the business owner’s job, Craig had reached a ceiling where there was no more progression left in the role. So he resigned and went down the path of starting his own business.

“MindArc came about because we felt like we recognised a gap in the market when it came to tech-focused ecommerce agencies,” he says.

“From the beginning, we wanted to position ourselves to be the go-to agency for complex ecommerce builds and challenging bespoke integration requirements – we wanted to be able to provide a solution when everyone else thought it wasn’t possible to solve.”

“We started 10 years ago in the fashion space with our first client being ShowPo. We stayed in that space where it was a marriage of convenience of technology and fashion, and we played to our niche, going really deep in all the vendors and technologies. Matt and I have always tried to do right by clients by creating a culture of learning and curiosity,” adds Pieres.

The rest, they would say, is history as MindArc eyes off a target of becoming the leading ecommerce agency across Australia and South-East Asia in the next two decades.

Advice for starting your own ecommerce business

Pieres and Craig have four simple rules for those looking to open their own successful ecommerce site:

Read next: Why you’ve never heard of the internet’s US$22 million Young Rich Lister